This is a joint project involving the nine schools in Bridge of Don and the chaplaincy team from local churches.  It will commemorate the 100 year anniversary of the signing of the armistice that brought the First World War to an end on 11 November 1918.

The week of commemoration activities will begin on 2 November with a special service for young people in St Columba’s Church from 2 – 2.30 PM and culminate in a very special Service of Remembrance at 10.55 am on 11 November for the community. See the link below to the invite.

Invite for Sunday with info

In between all the schools are engaging in their own activities within school and the wider community.

In Bridge of Don Academy the Higher and Nat 5 Graphics class designed logos for the Bridge of Don Remembers website/blog.  The winner was Josh  in S4 https://bodremembers.wordpress.com/

S1 pupils will all be contributing to an art installation which, along with those created in the other 8 schools will be part of the service on 2 November.  S2 pupils in RMPS are creating a Peace Wall.  In history pupils in S3 are learning about the war and about the young men whose names appear on the war memorial in Bridge of Don.  The school choir are rehearsing songs from the beginning of the last century and will also be part of the service on 2 November.   Next term pupils in HE classes will help to make tasty treats for an afternoon tea for the Friendship group which meets at St Columba’s church, and pupils from other classes will be helping to serve tea and chat to members of the group – the choir will also be singing at this event.  More activities are planned throughout this week such as assemblies for all year groups where pupils will learn about the significance of the poppy and the Poppy Scotland appeal which takes place each year to support ex-service personnel. 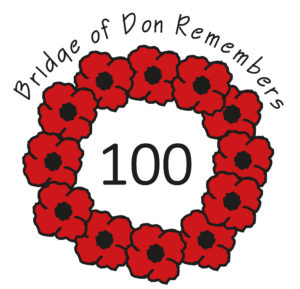