On Thursday 3oth June the newly appointed Head Team attended a business gateway event at Elevator led by Paralympic athlete Richard Whitehead MBE.  Double amputee Richard delivered an hour talk on his amazing, inspirational journey from completing his first marathon in 2004 to representing Great Britain at the London 2012 Paralympics and winning gold in the 200m.  Richard talked about his preparations towards Rio 2016 and his personal and business life.

The head team and Mr Wallace enjoyed asking Richard questions at the end of his talk and returned to school with plenty of ideas and inspiration for the year ahead. 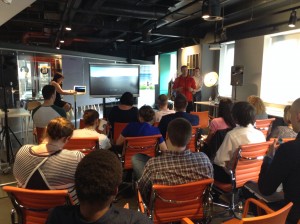 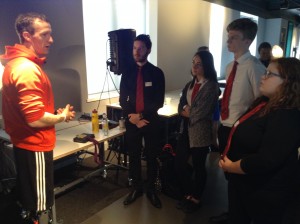 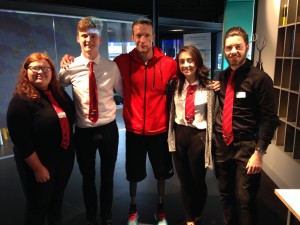